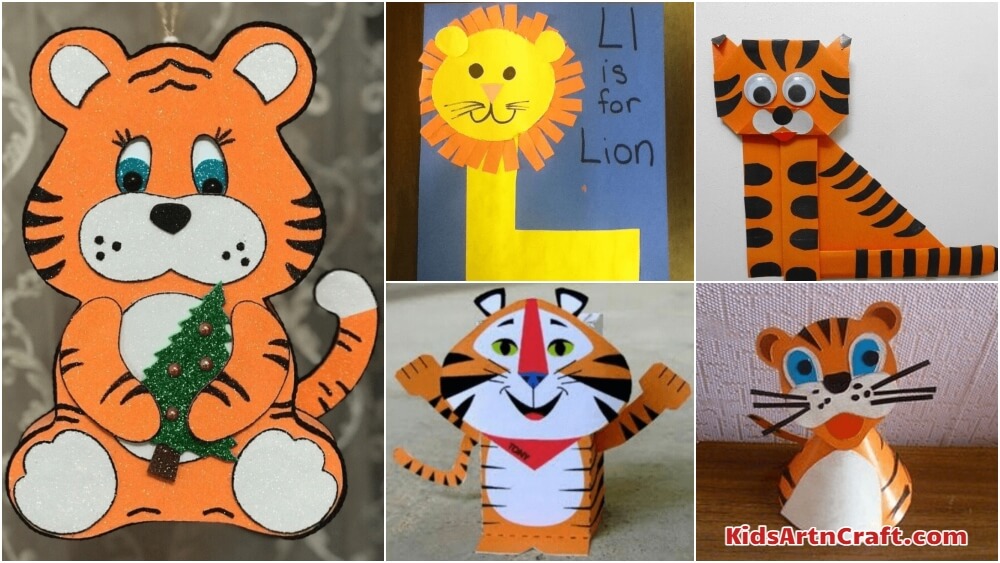 Lions are known to be a King of Forest right? and I know they look so scary but they also have feelings, they are scary for those who think lion always eats everyone. lions are king and who doesn’t want to be a king so kids admire lions and want to be like them, superior. A Roar to Paper Lion! With simple step-by-step instructions, you will learn how to build a paper lion project. We hope you find our instructions to be helpful! 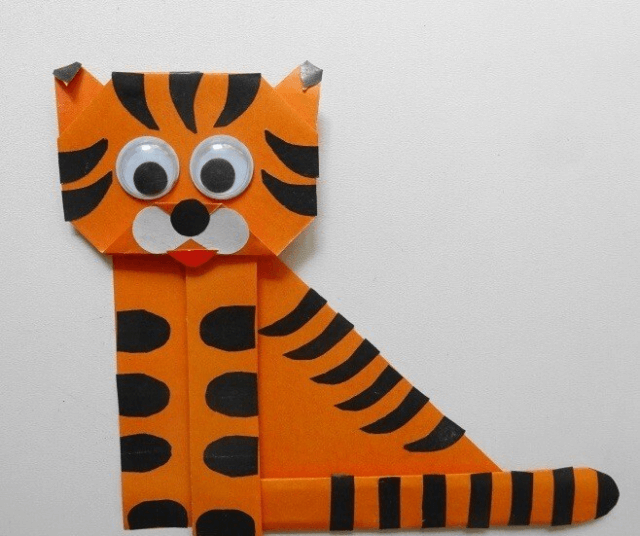 A lion is the ruler of the forest, as we all know. The fur around its face gives it a regal appearance. Because of its size and ferocity, no animal would dare to challenge a lion. Now you can make your lion using paper. You will just need color sheets of your choice, a pencil, scissors, eraser, glue, sketch pen, and so on. 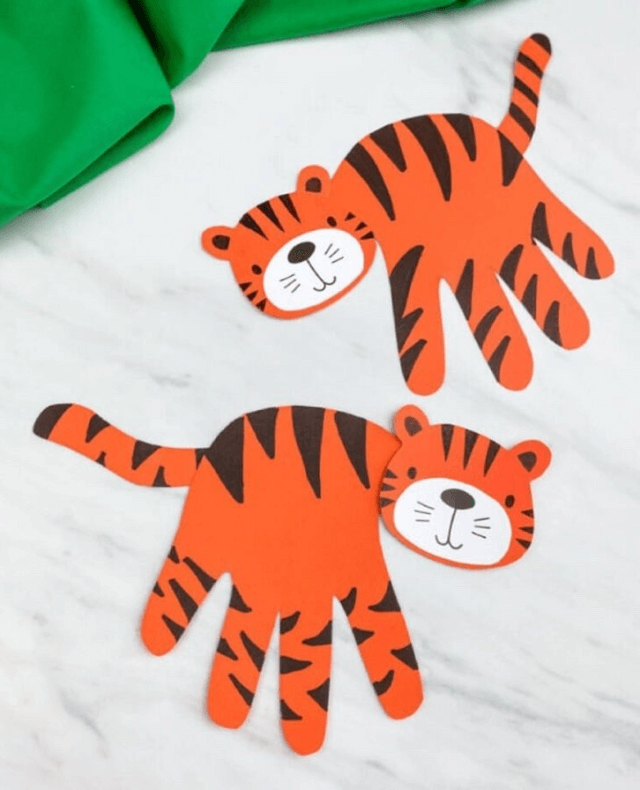 To make your lion just with your hand you will need some sheets of the color of your choice, scissor, sketches, glue, and your hand. First, place your hand on a plain sheet of paper and draw a layout of your hand and cut it. Then take another sheet and make the face of the lion and cut it out. Then draw and cut the lion’s tail also. Now paste the lion’s face on your paper hand’s thumb and tail on the opposite side. Draw some stripes on fingers and draw the eyes, nose, and mouth of the lion to give it a final look. 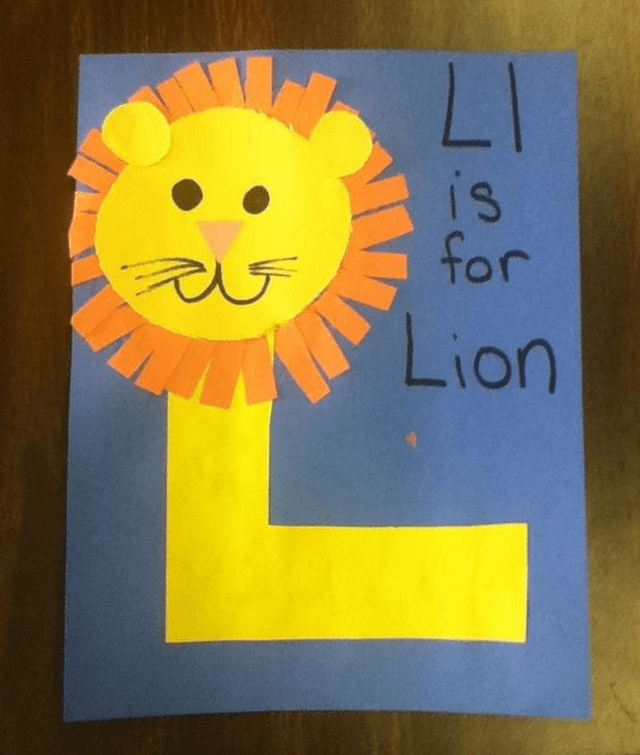 As we all know, a lion in the forest’s ruler. It has a majestic aspect due to the fur surrounding its face. No animal would dare to challenge a lion because of its size and fury. You may now create your lion out of paper. Color sheets of your choice, pencil, scissor, eraser, glue, sketch pen, and so on are all you’ll need. In the first step place the sheet of plain paper on a flat, stable surface.

This is where the lion will be placed. Then draw a large oval-shaped body for the lion on yellow paper. Then cut out a copy of the same. Draw a circle for the lion’s face on the same yellow paper and cut it out. Stick it to the top of the body gently. Make roughly 25 long strips out of the orange paper. That will suffice if you already have strips. One side of the orange fold should be placed on top of the head. Do the same thing with another orange fold and place it next to the first. 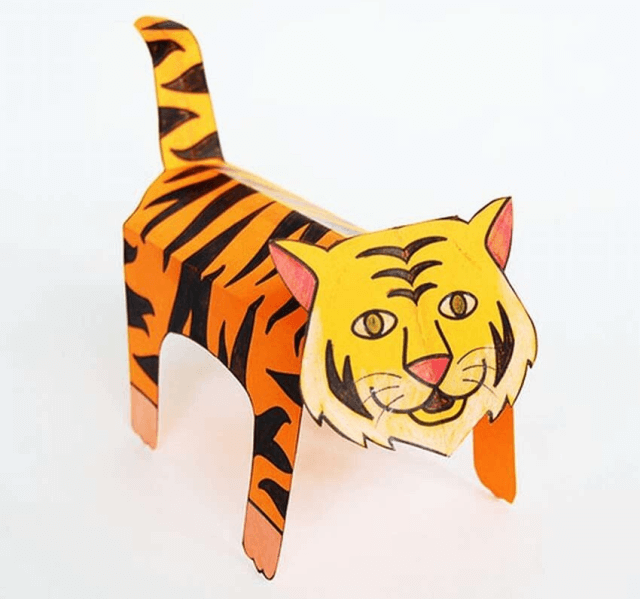 Are you looking for a simple animal project to do with your kids? Check out this very simple and entertaining 3D Paper Lion Craft, which also serves as a color study for youngsters. Children may color, cut out, and assemble their lion that jumps off the page! Our simple paper lion activity involves a color study as well as helping students discover shape and depth.

Children are encouraged to explore with paint and see how many different shades of yellow they can come up with; it’s a fun approach to introduce color theory to kids, motivate them to experiment, and start them thinking about the results. 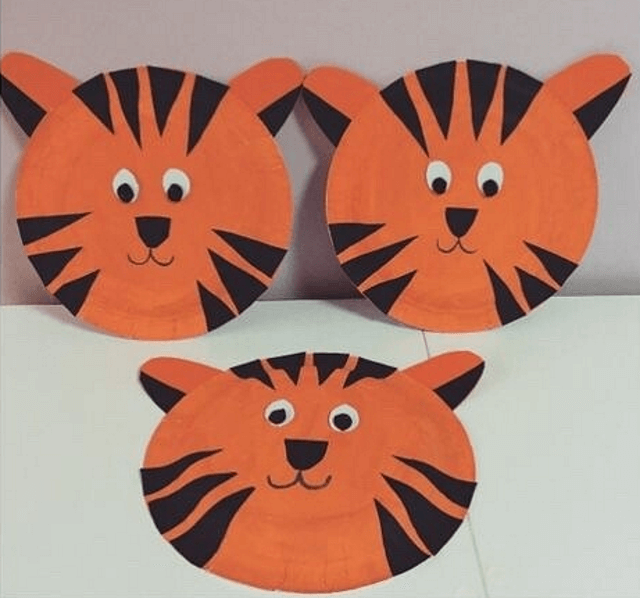 For making a lion’s face with the help of a plate you will need a thermocol sheet or plate, papers, scissors, black sketch, etc. . In the first step place the sheet of plain paper on a flat, stable surface and cut a circle-shaped face. Then place the thermocol sheet or plate on the paper and cut a circle of the same size as of sheet. Then paste the sheet on the plate. Cut ears, eyes, nose of a lion from another sheet and paste them. Draw some stripes with the black sketch on the lion’s face to give it a final look. 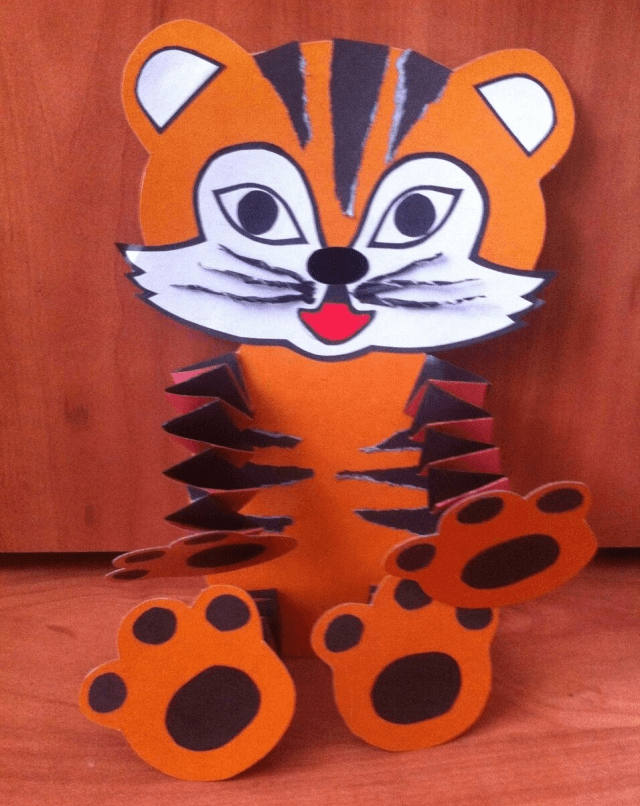 Make your lion’s face with cardboard or sheets. Paste googly eyes on the face. You can also make a lion’s mustache with a black sheet and paste it on the lion’s face. Give your lion a real look by drawing some stripes, making his nose on his face. Now take some sheets and cut some broad stripes. Now, invert the strip and fold it in half. To construct a zig-zag shape, fold each end back on itself as illustrated. You’ve completed the head and mouth, as well as the hand holes in the rear! Assemble all the parts and paste them. 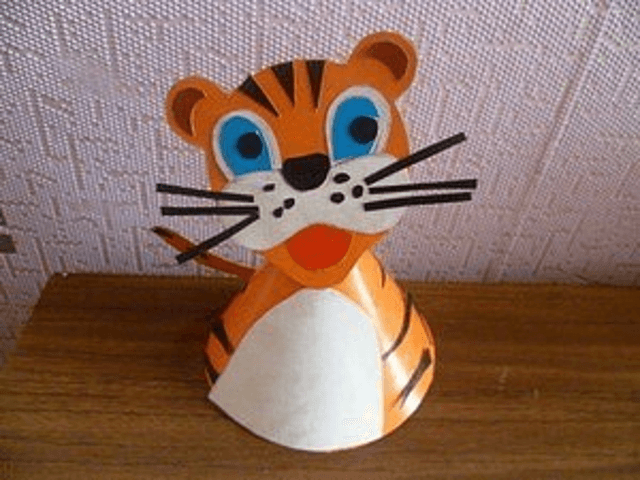 Make your lion with a cone base. Make a funny lion’s face with cardboard or sheets. Paste googly eyes on the face. You can also make a lion’s mustache with a black sheet and paste it on the lion’s face. Give your lion a real look by drawing some stripes, making his nose on his face. Now, take a cone of the color of your choice and paste that lion face on the top of the cone. 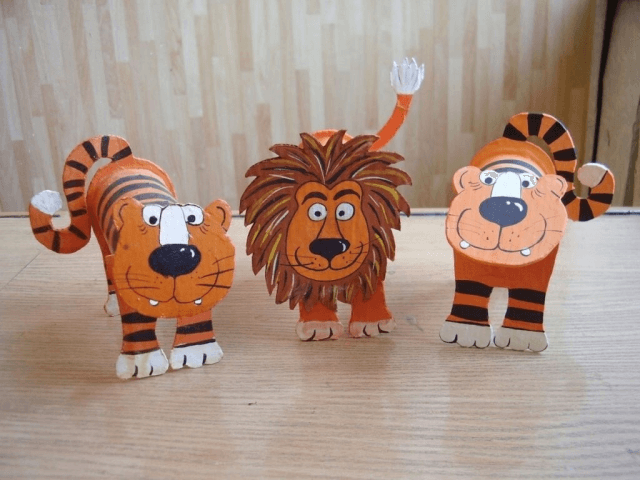 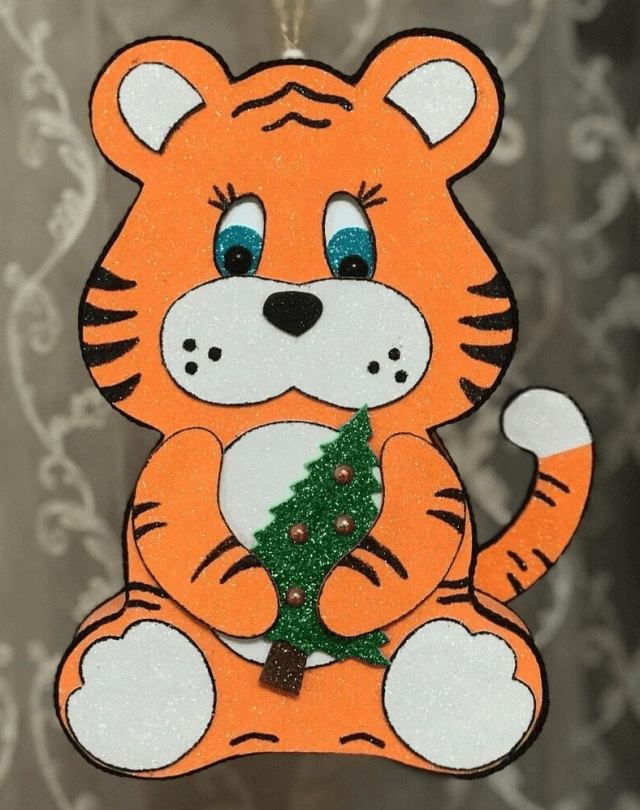 Do some magic with glitters and give your lion a glittery look. Draw a layout of the lion on a sheet or cardboard and cut it out. Draw eyes, ears, nose, and some black stripes on your lion. Now sparkle some glitter on your lion’s body to give it a sparkly look. You can also make a small Christmas tree and place it on the lion’s hand. 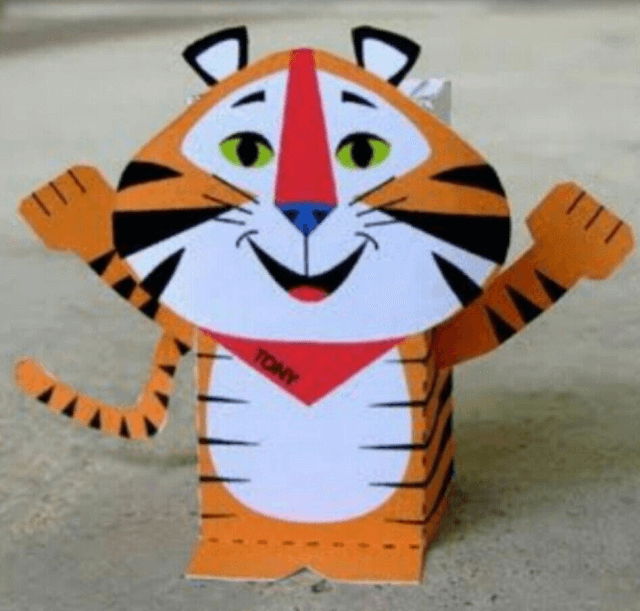 Kellogg’s Frosted Flakes (formerly known as Frosties) breakfast cereal has a cartoon mascot named Tony the Tiger. Encourage your child to make their own Tony the tiger. Ask them to grab cardboard and cut it in the shape of Tony The Tiger. Assemble all the pieces of your tiger and paste them. Draw some black stripes, eyes, nose, and ears on your own Tony the Tiger’s body.

Hopefully, you like our Lion Craft ideas and you should try to make some of them with your friends, if you like our ideas then go and read more posts on www.k4media.com, also share your views on our Craft ideas in the comment section. 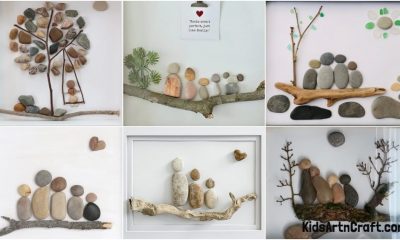 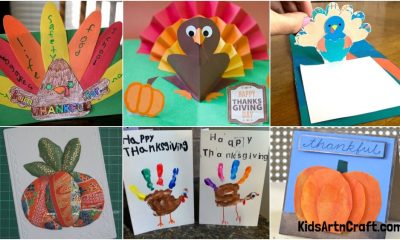 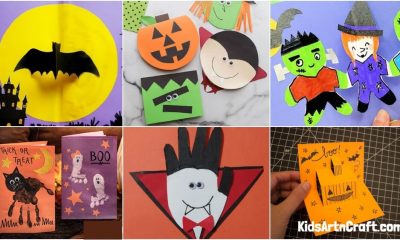 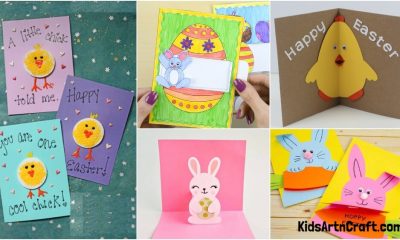 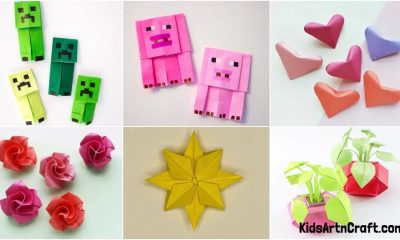