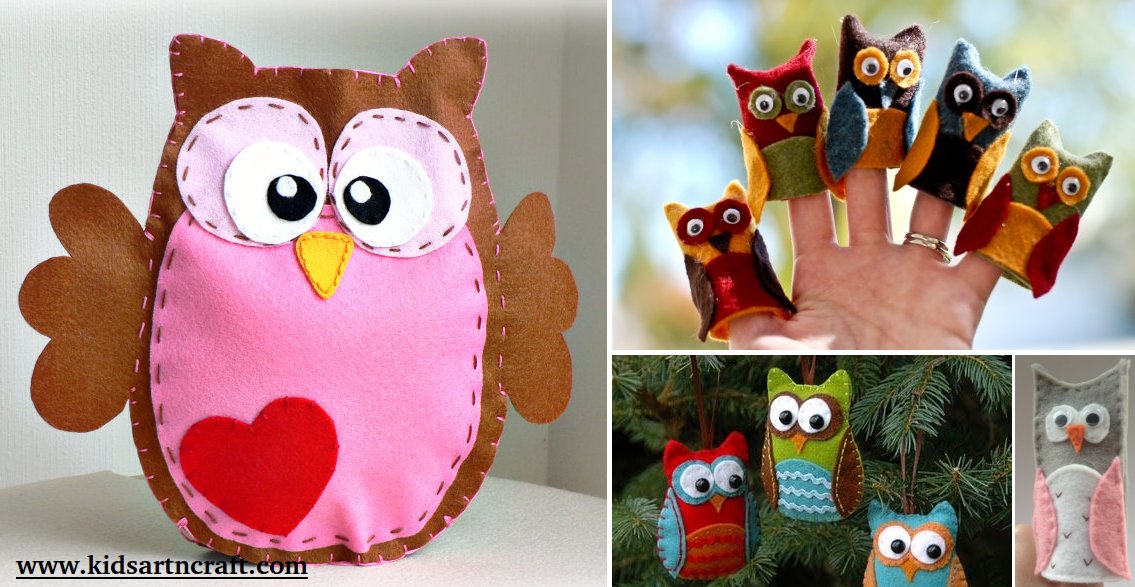 For one, they’re NO-SEW, which makes them incredibly easy to make and can be put together within minutes – perfect for people like me who are less inclined to sew.

Creative interaction between parents and children engaging in activities immediate and craft not only provides immediate and lasting cognitive benefits but also creates a unique bonding experience, which creates lifelong memories.

There are five craft projects that you can make with your children that require no special skills and that take less time. 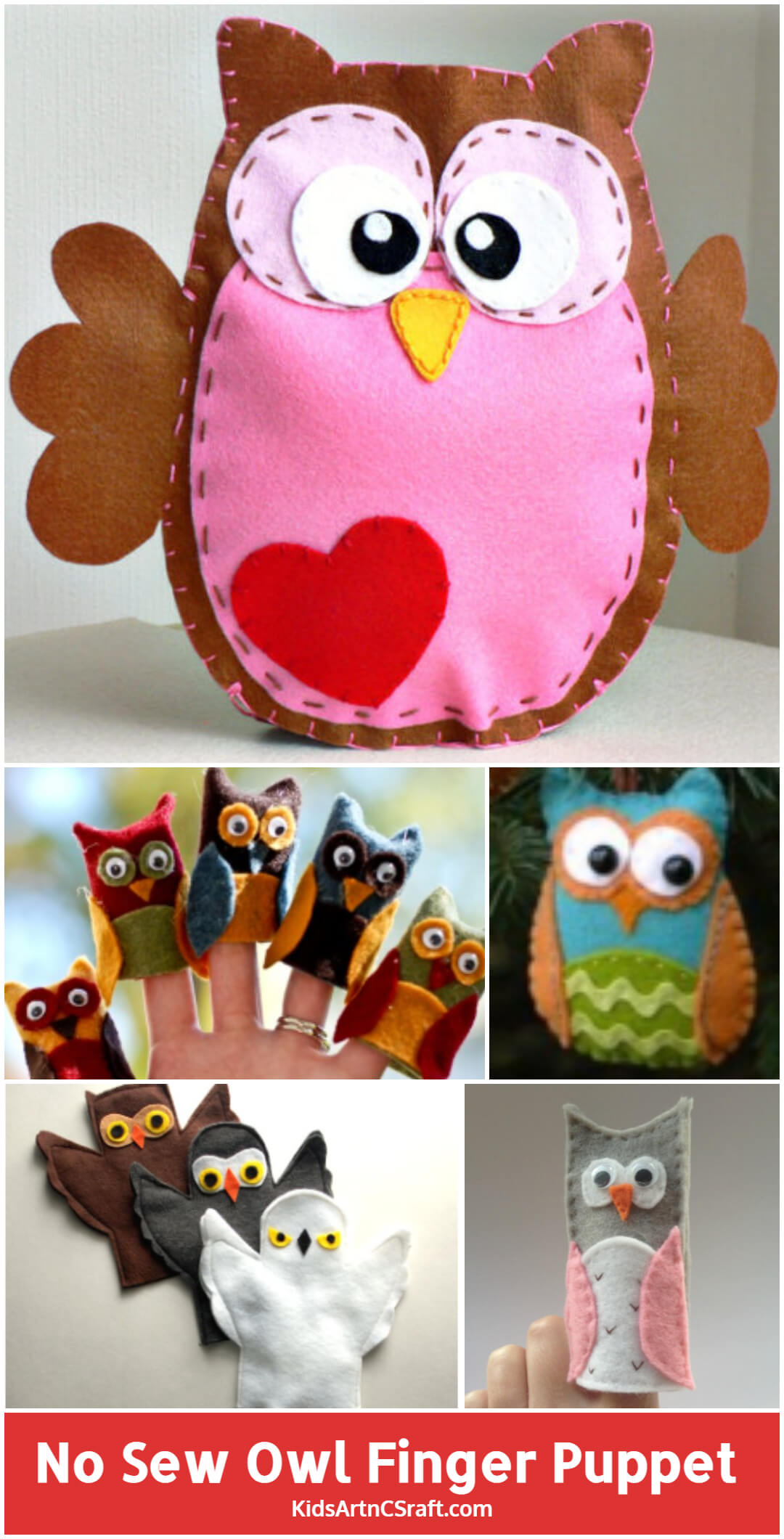 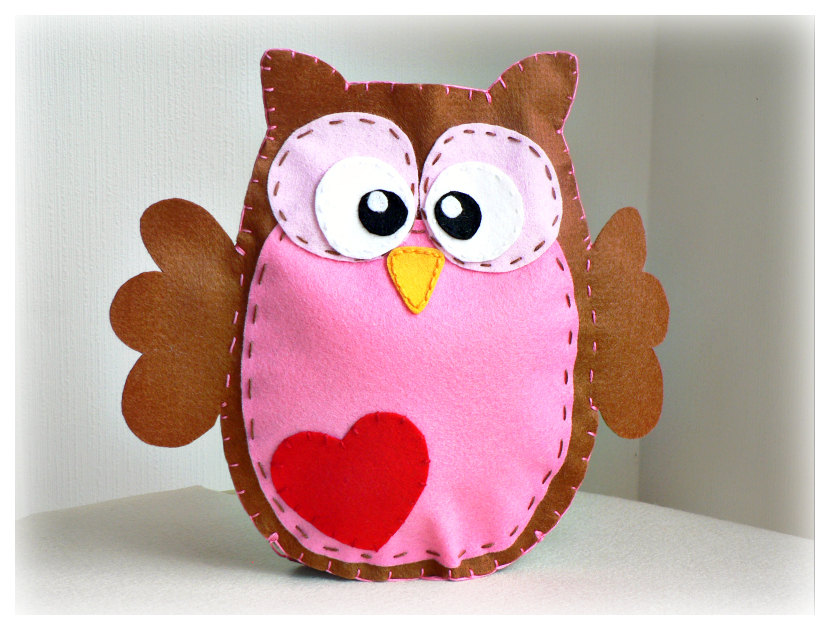 To make owl felt finger puppet firstly, cut out two owl shapes from felt using the template. Then cut out two wings and a tummy, and some eyes for your owl using your paper templates. Cut the tummy, wings, eyes, hart and a beak from your felt. Sew the owl’s tummy onto the body of the owl and then sew on the wings, eyes, hart and beak. Always sew on the pieces first. And then pin together the two pieces of your owl and then sew them together. For the first stitch sew from inside the puppet going outwards. Using super glue attach the googly eyes. 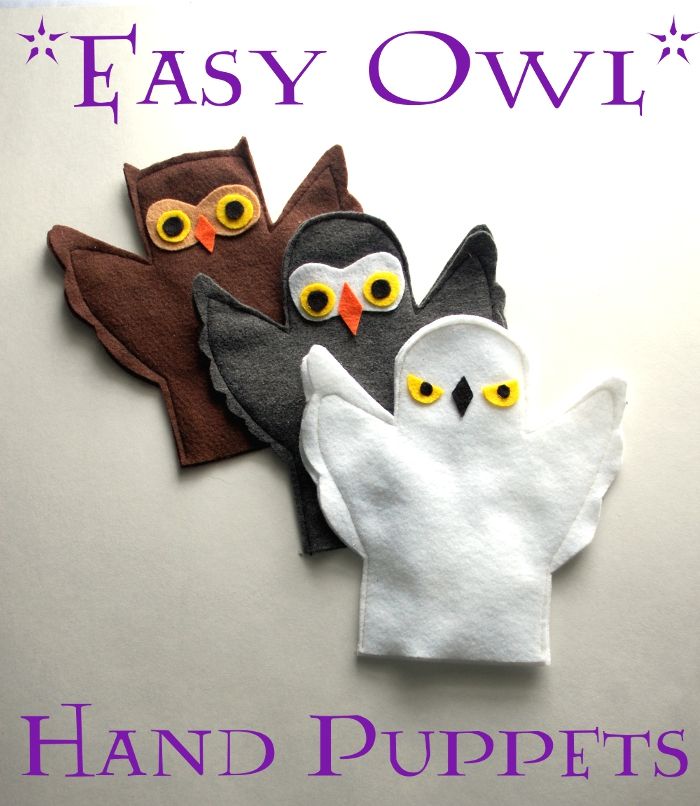 If you want to make hand puppets,

First, take the hand of the person who would like a puppet, make puppet position and trace around it. Make sure you leave about an inch all the way around, and make sure you extend the bottom of your puppet from at least two inches below the wrist. Your first tracing will likely be crooked and asymmetrical. The goal is to find the correct size for your puppet. Fold it in half lengthwise, straight it up a bit, and match up the arms. Cut out a new one, and now you have your pattern.

Now, trace the puppet pattern onto your felt and cut out two. If you have embellishments that only go on one side (like faces and buttons). I just put the wrong sides together and did a simple runningstitch around the outside. 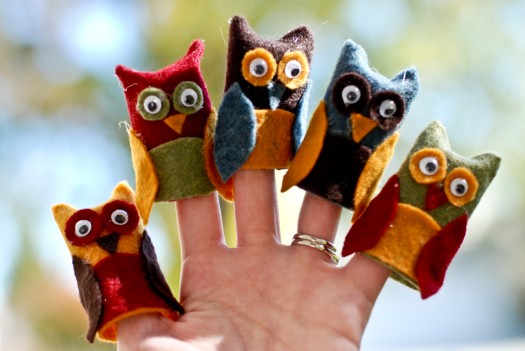 Print out the template and cut out each piece. Turn on your glue gun. Place the templates on the felt and either trace with a pen or cut around it as you hold it to the fabric. For each owl, you will need to cut out one body, one beak, two eyes and two wings out of whatever colored felt you would like. Select the owl body. You are going to create a cylinder with the rectangle by placing the rectangle on the table horizontally, folding one side over towards the middle, placing hot glue along the edge, and then folding the opposite side over placing it on the hot glue. To make owl’s ears, first folding over one edge of the top of the cylinder inward. Place hot glue on the lip you, and then fold over the opposite side onto the hot glue. Now glue the owl belly on. Then you will want to glue your googly eyes on your template owl eyes with your hot glue. Now glue the eyes on your owl. Glue the beak on below the eyes and glue one wing on either side of the belly.

Now you can make 4 more and use them with one little owl finger play. 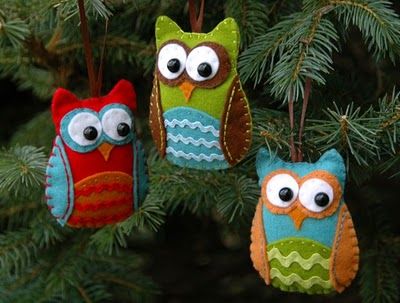 Print out the template on ordinary computer paper, grab your felt and let’s make some di yowl ornaments. Refer to the template to cut other pieces. When you have all of your pieces cut then grab your tacky glue and glue down the pieces. It’s time to grab your needle and thread and start stitching. Start at the bottom, slightly to the side, blanket stitch around the outside of the ornament. At the top, stitch through a folded piece of ribbon that will serve as a hanger (if you want). Around the entire owl stop short of blanket stitching, leaving a small opening at the bottom. Stuff some polyfil inside of the owl and then blanket stitch the opening shut. And it is ready. 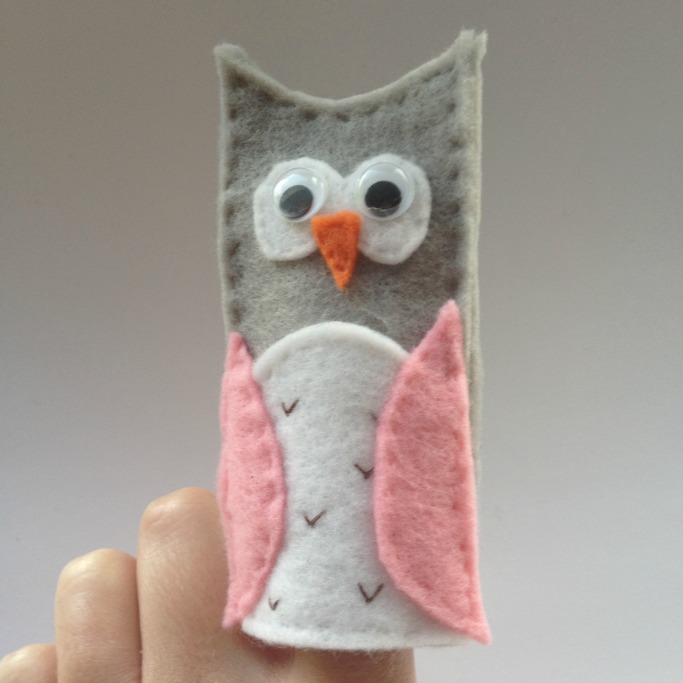 To make an owl finger puppet, follow these steps given below-

1 Draw on the paper and then cut out two owl shapes. In either side put a pin and make sure it will fit on your finger properly.

3 Draw and then cut out two wings and a tummy, and some eyes for your owl using your paper templates. From your felt cut the tummy, wings, eyes and a beak.

4 For the feathers, sew some v shapes on the tummy shape. You have to do each stitch twice to ensure that it could be seen properly.

5 Sew the owl’s tummy onto the body of the owl and then sew on the wings, eyes and beak. Always sew on the pieces first.

6 The two pieces of your owl pin together and then sew them together. For the first stitch sew from inside the puppet going outwards.

Now your owl is ready to play with.

Thus we have completed the one owl hand craft, one owl ornament, and some owl finger puppets. 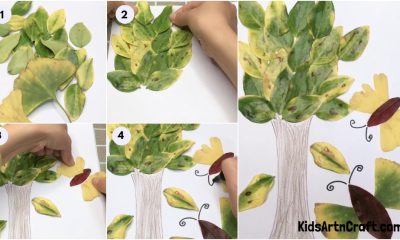 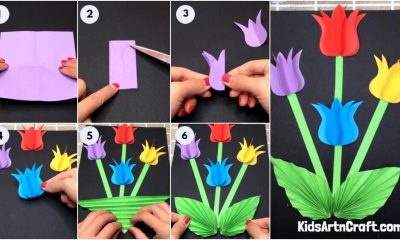 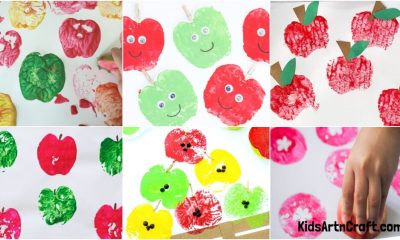 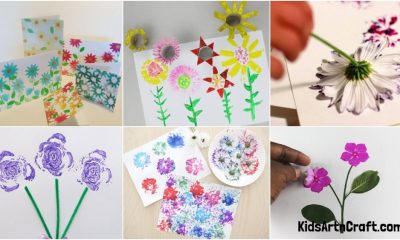 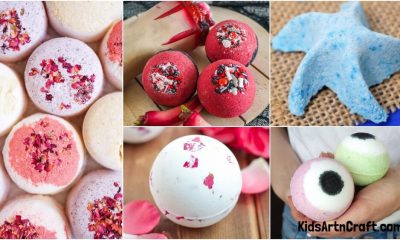